Got in to Vancouver yesterday. Woke up to this . . . 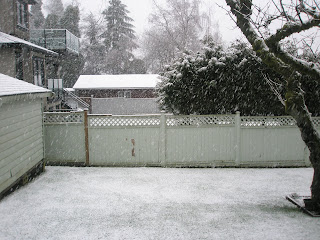 Wow! Snow in Vancouver is unusual, let alone this much. The streets were in chaos. While walking to the mall saw one car that couldn't make it up a hill.

With it being wet and misrable I had a better idea for the day. 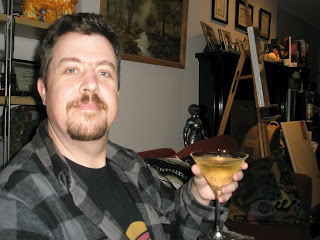 Posted by Glen McKay at 6:09 PM No comments:

On my usual annual break, here's a photo: 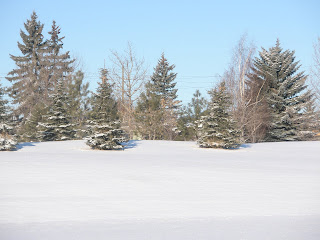 Some people think I'm crazy for taking my annual vacation to Canada in the winter but to tell you the truth I sometimes miss the cold and snow. Negative temperatures can be refreshing. Only so much sun and sand one can take.
Posted by Glen McKay at 4:11 PM 2 comments:


It turns out by quirk or fate that I spent much of the weekend hanging out with various Qataris. I think sometimes Westerners believe that Qataris would lead these exotic lives and do “Arabic” things with their spare time, like falconry, camel riding, shooting infidels, plotting the demise of Western Civilization (just kidding!) so you might be surprised to learn that Qataris generally like to do the same things the Westerners do. So what does your average Qatari like to do on the weekend?

Thursday night: we hung out at a restaurant having coffee, grabbed a small bite to eat and went to the mall to catch a movie. Movie was full so we grabbed a late dinner at an Arabic café.

Friday: late in the afternoon met up with the guys at a pool hall and played snooker, then went over to someone's majlis and hung out there with a bunch of people. Some were playing Xbox, some were playing card games (primarily Brazilla), others were chatting. Had a meal there and left around midnight.

Saturday: met up with a couple of guys in the morning to play squash, afterward they went back to their respective homes to have lunch with their families. In the afternoon they watched TV, surfed the net, went shopping with the family and so forth.

While not exactly the gripping tale of comedy and woe that you normally get on this blog I think it's important to point out that in many ways Qataris enjoy similar activities that Westerners enjoy. I sometimes worry about the perception people have of Arabs because of how they are usually portrayed in media but in truth Qataris just like having fun with their friends or relaxing at home. Similar to the West.