The ladies tennis tournament, the Qatar Total Open, has started, and I was fortunate enough to get an invite from a friend for the first day. It was VIP tickets, something I've never had before, so I figured that meant we had box seats somewhere.

When we arrived he asked if I wanted something to eat first as there was a buffet. A buffet!? So we went into the VIP area behind the stadium and sure enough there was a huge buffet hosted by the Four Seasons Hotel, with sushi and a wide array of other foods, along with tons of wait staff and a jazz band.

Here's a reenactment of my expression: 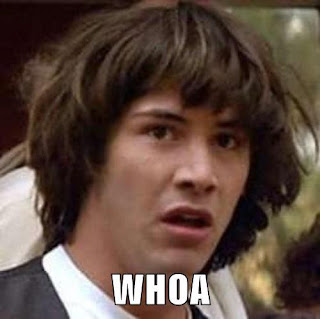 (only more handsome and with a goatee)

Luckily there were lots of TVs so we could also see the tennis while we had something to eat. And who did I see playing a match? Eugenie Bouchard, Canada's top ladies tennis player! That was awesome, I knew that Serena Williams and Maria Sharapova both had to cancel coming to the tournament so I was a bit worried that there wouldn't be anyone there I'd root for.

Eugenie had a rough match and I watched with apprehension as she went down 0-4 in the third set. Amazingly she managed to claw it back to serve, had some nail-biting moments saving TWO match points, then went on to win the match. Geez, could that get any closer?

We also met up with an Indian friend who was hoping to see Indian tennis legend Sania Mirza play doubles but unfortunately she wasn't playing that day. We chatted about the impact she has had in India being one of the few tennis stars from that country. I recall in 2006 seeing her play at the Asian Games here in Doha and how there was a huge crowd of Indians there just to watch her.


For Valentine’s Day I thought I’d mention a different kind of rose, of which I keep a bowl of at home. 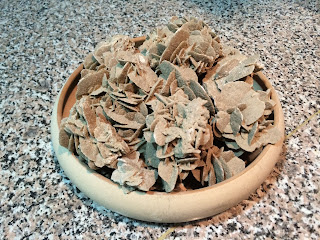 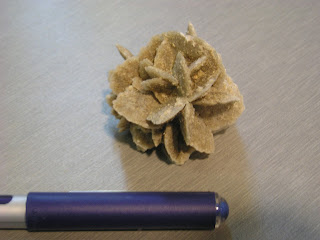 These rose-looking objects are actually a crystal that grows in deserts near areas where there's salt. Called ‘desert roses’ there is at least one place in the southern deserts of Qatar where they can be found. I’ve been there twice, along with other groups of people, essentially mining the area for these roses. For the most part you have to dig a bit to find them. 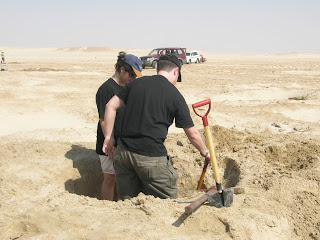 But if you're lucky sometimes the wind removes the top layer of sand, exposing them, as shown by my Mother. 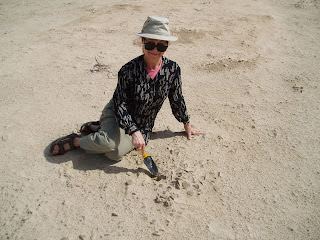 While they may look like small rocks in fact in Qatar they form an entire layer of the basin so once you hit that layer you have to break through to be able to chip roses off. The layer is quite hard and a shovel usually isn't usually enough, you need a pick or similar mining tool to get through it. It can be tough work in the sun.

They are pretty though. Unfortunately too many people were digging them up so now many groups don’t do excursions to the basin anymore. The crystals can take decades to form and they were getting depleted by all the ‘mining’. I haven’t been for at least five years and don’t intend to go anymore, I have some so no need to get greedy. My best specimens are gone though, if I have guests over they always admire them so I usually give them a nice one as a gift to take home. They make lovely souvenirs, shame they don’t grow quickly.

So why tell you about desert roses? Well, if you ever visit Qatar there is a new National Museum being built, and the architecture is making some people go WTH? 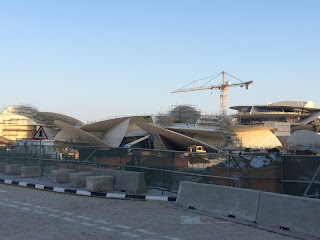 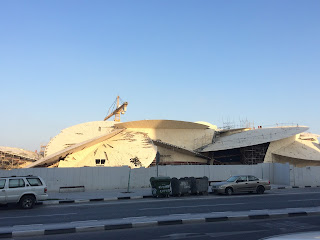 And now you know what inspired the new Museum building.

Today was National Sports Day in Qatar, a day off where people are supposed to focus on activity and exercise. This is my first year being here for Sports Day, all the other years I was on vacation in Canada so I missed it.

Numerous places plan activities, such as the Aspire Zone and Katara, but each year work does a morning walk along the Corniche. So I was up at 6am to walk to the Corniche to meet everyone. Oddly enough my walk to the starting point was longer than the official walk itself but hey, those 10,000 steps a day aren't going to walk themselves y'know.

It was a beautiful day, sunny without any dust. The lack of dust was due to a shammal (north) wind blowing off the Gulf so the wind definitely had a chill to it, which I felt whenever I was out of the sun. Lots of people were on the Corniche enjoying the weather. The walk itself was just that, a roughly 2km walk with a drinks station at the end where you could get water or juice. Other groups were doing walks on the Corniche as well for Sports Day. 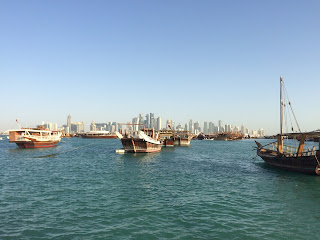 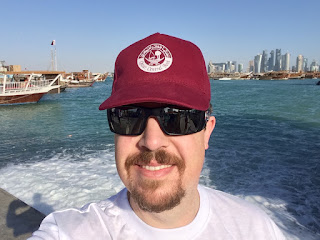 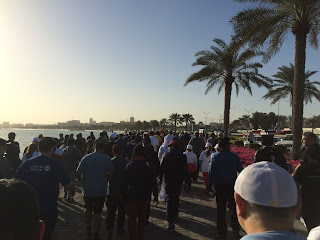 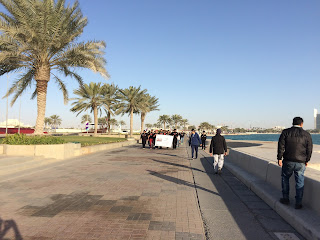 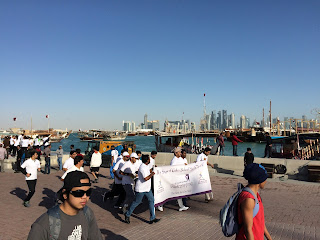 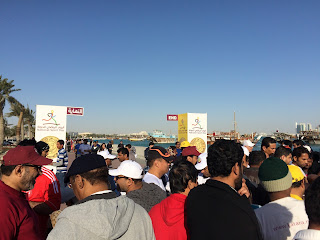 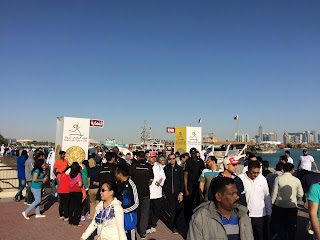 After the Corniche walk I wound up missing the activities at the other places in the city. I met up with a friend for breakfast at Souq Waqif, then went to his place to help with some stuff he was doing at his majlis, then a late lunch, then met up with another friend and the next thing you know it's 9:00pm. So my Sports Day didn't exactly go to plan but hey, day off work!