Now that the intense heat of the summer is over I decided to do a bit of exploring and see areas of Qatar and I would not normally go to in the summer. There's so much construction going on in Qatar right now that in just four or five months a lot can change.

I had some time one afternoon before meeting friends in Wakra so I went to the Wakra Souq to see how it was developing. It is a lot more finished then when I visited last, all of the restaurants and cafes along the Corniche appeared to be open, some of the interior shops were also open, and more importantly they completed the beach. 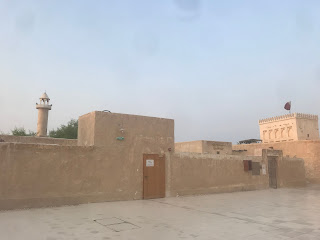 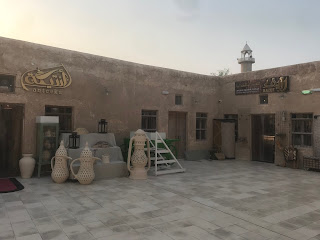 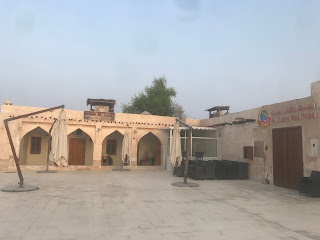 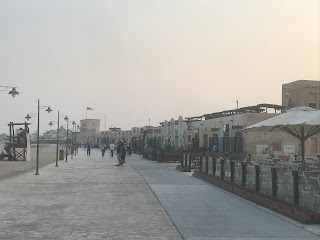 The shore by the beach was dredged to make it deeper and thus much easier to swim in. Unlike much of the coastline in Qatar you don't have to walk out 100m just to get in knee-deep water. As far as I could tell using the beach is free, however bear in mind that there are a lot of rules: 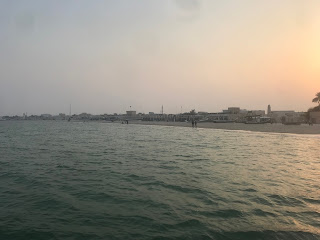 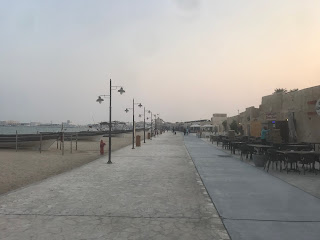 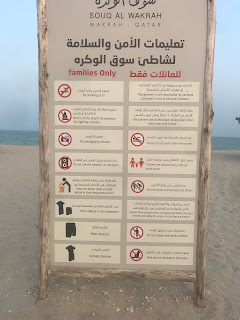 The beach is family-only (and I'm willing to bet they mean it, there were a lot of security guards) but more importantly there is a strict dress code. Sorry ladies, no bikinis or even standard "Western" swimsuits, you need to be a bit more covered up here. Guys will be okay with what I call "surfer shorts" (long shorts that go to the knee) but anything smaller is not allowed. One other issue with this beach is that there isn't much in the way of shade. You might get some resting at the site of a dhow but other than that you'll need to bring a beach umbrella. On the plus side all the restaurants and cafes are right there are so it's easy to get a snack or treat.

As for the other shops it looks like a few chain restaurants were going to open soon, and they even have a small falcon and pet souq, similar to the one in Souq Waqif. Overall Souq Al Wakra is at least the same size as Souq Waqif, maybe even a bit bigger, so it'll need a lot of visitors to look busy. The Corniche seemed to be doing okay though. 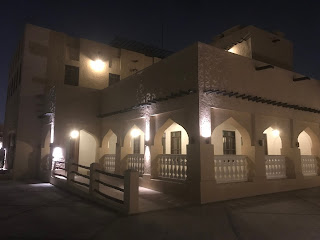 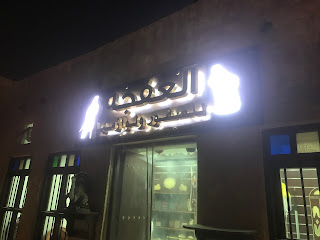 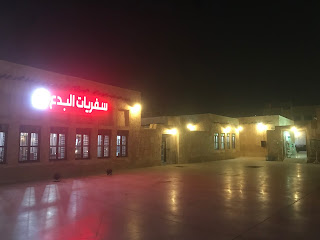 If you feel like braving the traffic to go to Wakra then consider visiting the Souq, a quieter alternative to Souq Waqif.

Today I went with some friends to the new Exhibition on German Design, at the building next to the Islamic Museum. 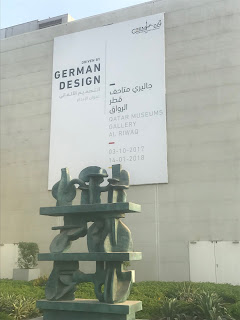 The rooms were organized by decade and discussed the changes in how Germans approached design for various items. Cars were a big part of the exhibits, with examples by Porsche and Volkswagen. 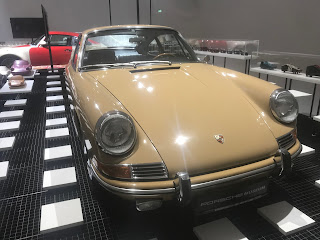 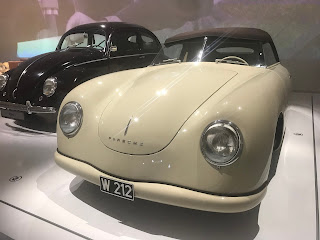 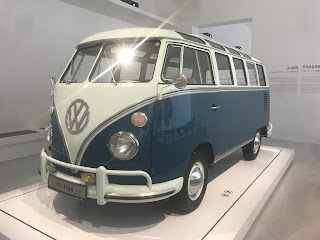 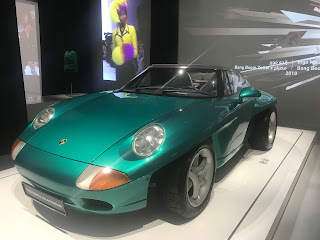 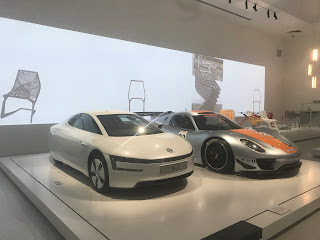 But it wasn't just cars. Computers, plastic and wooden furniture, clothing, experimental design artwork, it was actually pretty interesting walking around and seeing all the stuff. 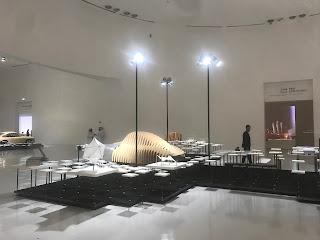 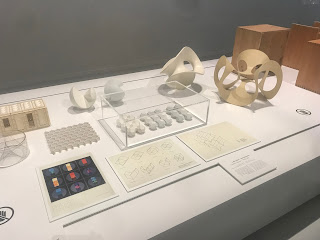 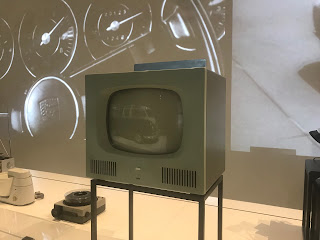 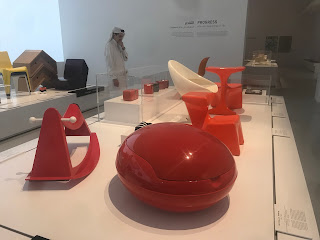 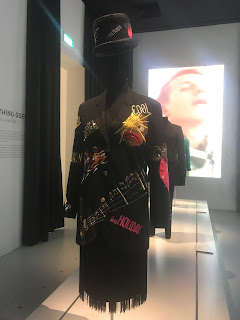 One of the coolest rooms was a Sound Room that contained a large keyboard where each key was a sound from a Porsche, ranging from interior sounds to the sound it would make as it passed by you at different speeds. It was fun to play around with that for a while. 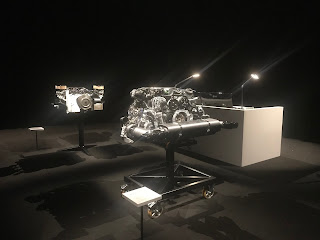 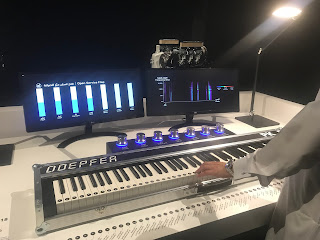 Like I said some of it was experimental and not designed for common use, such as this hat that has movable parts and intricate lighting. It was used in the video for "Automation" by the musician Jamiroquai (you can see the video on YouTube). Not something that people would generally be wearing, except maybe when cosplaying. 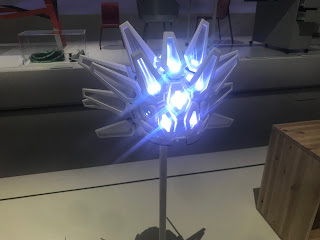 Anyway the Exhibition is definitely worth a visit, and kids would probably enjoy it as well. It's in Doha until mid-January.


I was at a friend's majlis the other day and he had a gift for me: 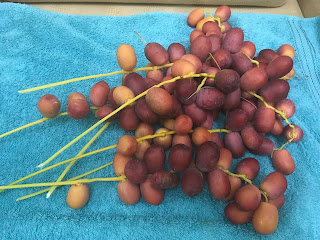 Dates from his palm trees. It was his first harvest from the trees at his home. Not that the trees were young, it takes time for a palm tree to mature enough to produce dates. The trees were from his father's farm, which were dug up and transported to his home.

I bet you are thinking, "Those are dates? They don't look ripe". To us foreigners perhaps, yes, they don't look like ripe dates, ripe dates are dark brown and wrinkly. For Arabs dates have varying stages of ripeness and many prefer eating them before they have reached that brown, wrinkly stage (called "tamr" in Arabic). This old blog post of mine gives a bit more detail about those stages. The dates my friend gave me looks like they are in the "bessar" stage. They will become more ripe over time but my friend said they are great to eat now. I've tried them and eating crunchy, unsweet dates is just not for me. I'll wait awhile longer to let them get more ripe.

As for what variety the dates are they are a local variety called "barhi". I haven't seen this variety in stores here but searching the internet they are sold in other places. My popular blog post "Varieites of Dates" didn't have this particular cultivar. I won't be adding it at the moment, the dates would need to reach the tamr stage if I were to try to compare them to the others.

Posted by Glen McKay at 9:43 AM No comments: