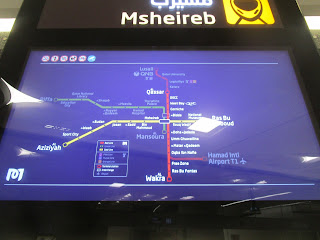 The Gold Line goes from Ras Abu Abboud to Villagio Mall. All of the stations are open. So now you can take the Metro to places like the National Museum and Souq Waqif.

As I just finished my trip I decided to take the Gold Line to Villagio Mall. I changed at Musherib station. The way to the platform had four escalators, so clearly they are planning ahead for a large number of passengers. The train cars were the same as the Red Line. 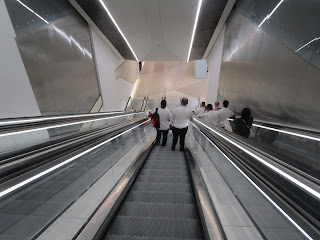 From Musherib station all the way to the mall it is entirely underground but really fast, it took all of 15 minutes. There's no way you could get from Musherib to the Mall in less than that by car. 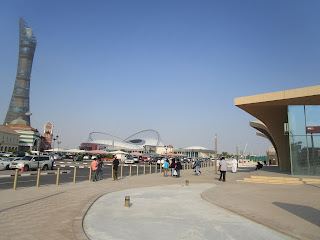 It worked great, by contrast my business trip was in London and getting around looked like this: 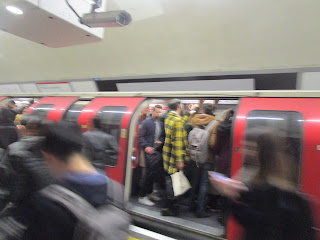 Now the comparison isn't exactly fair to London, their metro system is way older and the city has way more people, but Doha's modern system, with nice large stations and trains, is just a more pleasant experience then dealing with the London Underground.

Now I hope they finish up the Airport station that'll be fantastic.
Posted by Glen McKay at 5:46 AM No comments: