I love caps and like most trips I like to buy a cap (or in this case, three) as souvenirs. These are Canadian so for you non-Canadians I've included a link to explain them. 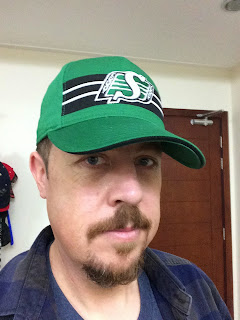 The Saskatchewan Roughriders, my favourite team in the Canadian Football League (CFL). Once a Riders fan, always a Riders fan. 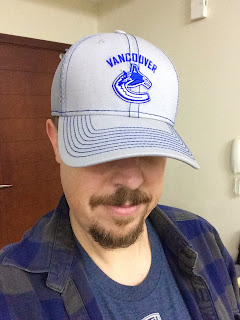 Naturally there's a hockey cap, and my team is the Vancouver Canucks. 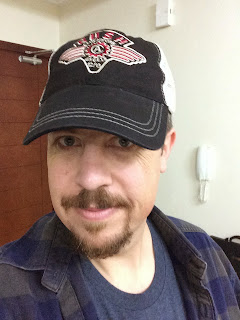 I was in a music shop and I loved the look of this cap, which is from one of Canada's biggest bands, Rush.


It was wonderful seeing Vancouver again but geez it takes a long time to get out there, 17 hours in the air, not including any layovers. At least this time I got to try Qatar Airways new A380 double-decker plane for the Doha-London leg of the journey. 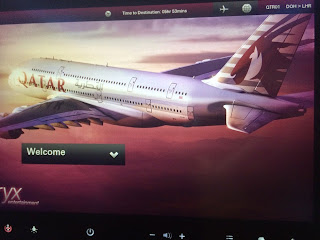 It was pretty good, it appears they have slightly higher humidity than a standard plane as I don't recall suffering from that intense dryness you get on long flights. I had a seat in the upper deck at the back, where they had a small economy section. If you can, try to book a seat there as that section only had around 55 seats so meal service was quick. The section also had two bathrooms, so even if the plane was full you probably wouldn't have too long a wait for the bathroom.

Vancouver itself was really pleasant. Unlike most of the rest of North America, which was having freezing temperatures and big snowstorms, Vancouver was having above-average temperatures and one of the mildest winters anyone could remember. Daytime highs were usually around 10 to 12° and the nearby ski hills were suffering. 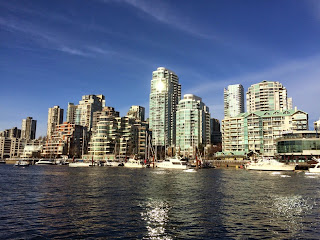 In a Vancouver winter you normally expect it to be gray, cloudy, and rainy. There certainly were many rainy days but it was nowhere near as bad as I expected and there were quite a few sunny days between the drizzle. As soon as the sun was out thousands of people were at the parks or walking around the shore enjoying the day. Very few cities in the world can compare to Vancouver on a mild, sunny day. 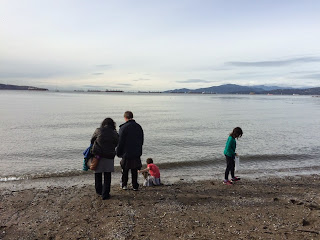 Since my brother and his family flew down to Vancouver to visit we did a lot of activities that I wouldn't normally do: go to Science World (it was more fun than I expected), go for a walk in Stanley Park (always pleasant), have dim sum in Richmond, go to Granville Market, and I even made it down to the Steveston Village development in south Richmond. 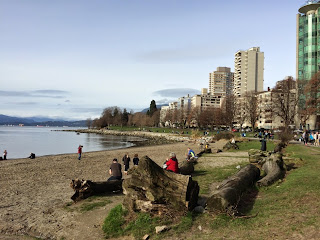 I miss Vancouver but one of the downsides to being a great city is that everyone wants to live there. Housing prices are ridiculous and well beyond my means. The average detached home in Vancouver now goes for around $1 million. That’s serious money for your average Canadian and it is very difficult for people to get on the property ladder. Retiring in Vancouver is, I think, nothing but a dream, at least at those prices. 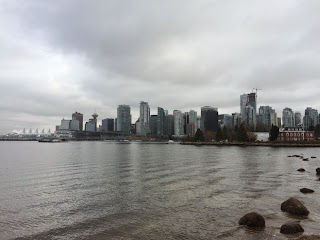 Posted by Glen McKay at 6:05 AM No comments:

Sorry for not posting but I was on my annual vacation in Canada and got back today. It'll take me a while to get settled in. I see some people have left comments while I was away so I'll try to get to them tomorrow.

Posted by Glen McKay at 2:34 AM No comments: