A while ago I loaded an app called Bitmoji that I've been using on some of my social media. You create an avatar and then the app will incorporate the avatar into their pre-set images, which you can then send. How's my avatar look? 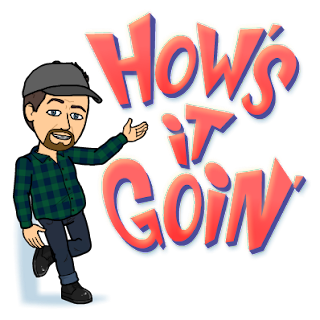 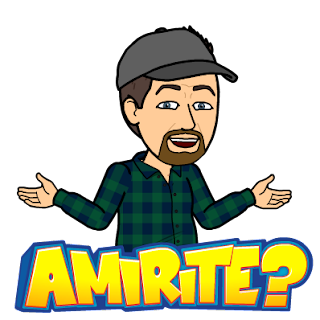 There's hundreds of images you can send, some get unusual. 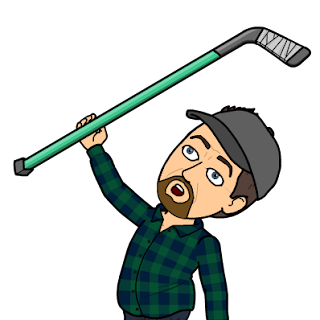 Of course with Halloween approaching they offer costumes . . . 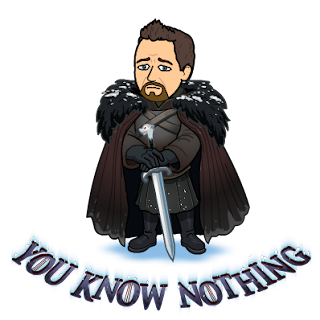 Well, that's the things I get up to on a lazy Friday morning.

Posted by Glen McKay at 1:49 AM No comments:


When I was in Abu Dhabi a couple of weekends ago one of the activities that I did was kayaking. Our hotel was near a mangrove forest and you could rent kayaks to explore the waterways and canals in the forest. We had fun and my friends thought it was a great activity so when we returned to Qatar they went out and bought some kayaks. 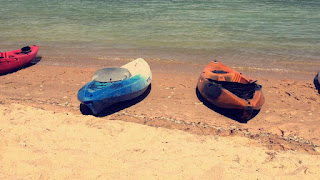 Qatar also has some areas with mangroves, one of the largest ones being just north of Al Khor on the shore of a town called Dhakhira (its name translates as “ammunition”, not sure why it’s called that). So after breakfast on a Friday we loaded up a truck with the kayaks and headed to Dhakhira. 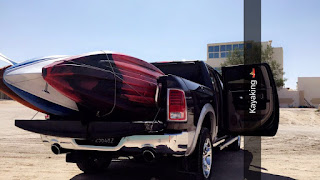 We spent a couple of hours touring around. Mostly saw herons and some fish, sometimes small crabs near the shore. 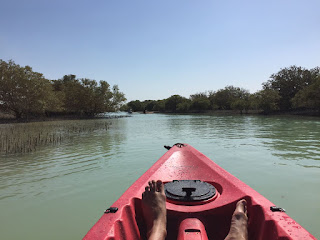 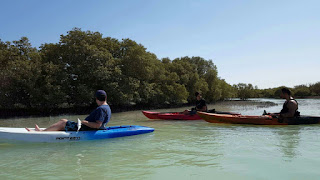 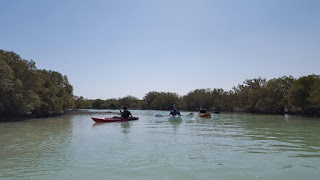 After a while we found a small beach on the other side of the bay where a tour company sets up tents and/or BBQs for their clients. They rent kayaks for people to use to explore the mangroves. 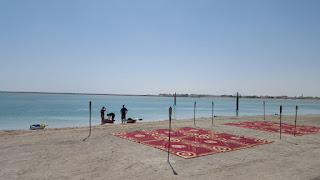 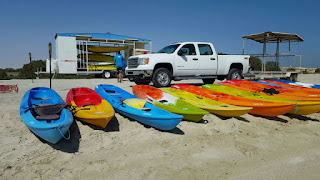 If you happen to know any Qataris with the last name Al Mohannadi ask them about the area, back in the day the land around Al Khor and Dhakhira was controlled by the Al Mohannadis and so chances are any Qatari with that last name has plenty of relatives still living there.

If you're interested in kayaking amongst the mangroves do an internet search for tour companies that offer kayaking. Definitely remember to bring sunscreen, and make sure you take it with you on the kayaks, you’ll be in the sun for many hours.


Wow, it's been quite a while since I've posted on the blog. Not due to a particular crisis or dilemma, I've just been pretty busy in the evenings so haven't had time to sit down and write anything.

One of the things I was busy with was acquiring a transit visa for Saudi Arabia. A group of Qatari friends were driving to the UAE for an exhibition and wanted me to come with them. One problem with that though – Qatar and the UAE do not share a border, you have to go through Saudi Arabia to get to the UAE, and Saudi doesn’t just let Westerners into the country with a visa on arrival, you need to apply for one in advance.

Why there is a narrow part of Saudi Arabia between Qatar and the UAE is a bit of a story (I blogged about it here) and there’s no likelihood of that changing anytime soon.

Getting the visa is not as straightforward as you might think, though this may change in the near future. On October 1, 2016 the Saudi Government changed their fee structure for visas (the transit visa now costs QAR 300) and took down their website and e-visa processing system to upgrade it. At the time you couldn’t use their system for a transit visa to/from the UAE as it was not listed, you need to use an authorized agency that could process the application, but perhaps with the upgrade to their system maybe it will allow for people to apply to the transit visa without using an agency. We’ll see.

In the meantime you'll need to use an agency. When I did an Internet search for agencies the most recent information I found was from 2011 and it wasn’t very good, some of the agencies on the list no longer processed the Saudi transit visa. I am not going to post the list because at the end of the day I tried three agencies and I did not manage to get the visa (I will tell you why in a minute) so I can't even tell you whether a particular agency is good or not.

Assuming the requirements are still the same one of the agencies helpfully put up the list of things you need to apply for the visa. (one thing is missing from the list so continue to read this post after the list).

And the fee of course. The photos that they refer to are passport-sized photos. I believe that the last item refers to proof that you have a visa to enter the UAE, or are using a passport that allows you to acquire a visa at the border. The UAE allows most Western passport holders a visa on arrival. The agencies never asked me for proof of eligibility to enter the UAE.

What is this letter? Well it's a letter from your employer, that must be in Arabic, giving you permission to apply for the visa. Weird, huh? But in this part of the world Exit Permits and permission from employers to leave the country is a big thing. Most of my friends have to apply to their workplace for an exit visa every time they wish to leave the country. The agencies can hand you a copy (in Arabic) of what the letter should say, and your HR department will need to type out the letter on their letterhead and give it to you.

But there’s one more piece of information that you need. As you will be in a vehicle the agency will want a copy of the registration of the vehicle that you will be traveling in. I guess the visa is so specific it names the vehicle that you will be in. When I told the agency that I would not be driving and that I would be in a friend's car, they wanted a copy of my friend’s ID and his vehicle registration! Ummmmmm, okay. My friend had no problem providing me with copies. Here’s the kicker, the agency warned me that if I was not in that specific car with that specific person I'll probably be turned back at the border. That’s pretty strict.

In the end I didn't get a visa though. Why? Because I tried to apply the day that the Saudi Government took down the system for upgrades. Even the agency couldn't access the system so could not lodge the application. After 2 1/2 days the system was still down. A friend of mine suspected it was just that this one agency had problems, which is why we then traveled around and spoke with other agencies. All of them had the same problem. So now it was Tuesday, my friends were leaving Thursday, the visa takes 2-3 days to process, and we still weren't sure when we could even submit the application. So we scrapped the idea, I just bought a plane ticket to the UAE and met my friends there. Shame because I wanted to see Saudi, if only a little bit of it. I've lived in Qatar over 10 years and have yet to go to Saudi Arabia.

Not that I'm planning to visit the country anytime soon. The oil price crisis seems to really be hitting the Saudi finances, and they want money, so now visas to visit the country have got to be some of the most expensive in the world. The transit visa was QAR 300 but if you want a single-use visit visa you have to pay QAR 2000 (US$540!!), and QAR 3000 for a six-month multi-use visa. I can’t see that encouraging a lot of tourism so I’m guessing visitors will be largely pilgrims going to Mecca.

My friends said they will probably drive again to the UAE next year. They said next time they'll give me a lot more advance notice so that I can get the visa in time.