So during Eid I went to Turkey to meet up with some friends. Like last year we went to a resort in Bodrum, this time the Voyage between Bodrum and Gumbet. I think my friends wanted a quieter vacation this time so picked a no-children resort. 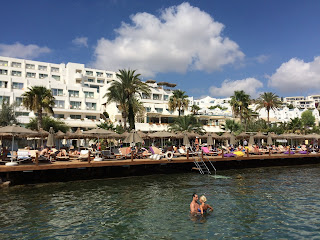 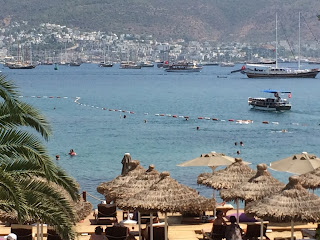 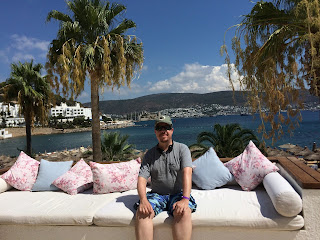 It was a nice place, and all inclusive so we rarely left the resort. In the five days I was there I went to Bodrum twice and my friends only once.

We did go out to a couple of evening concerts, the first one by popular lounge/pop singer Serdar Ortac, and the next night by Turkish popstar Fatih Urek (who apparently also has belly dancer training). Both concerts started (yes, started) at 1:30 in the morning! Turks apparently love to stay up all night during vacations. There were even children in attendance at the concert. So some of my vacation was spent sleeping in late, eating lunch, then sitting a lounger snoozing some more. 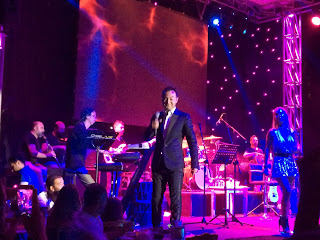 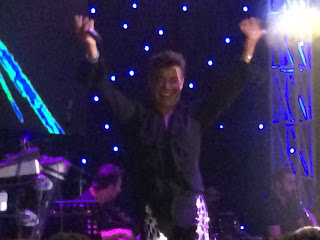 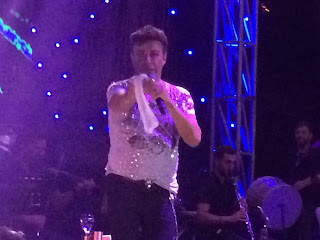 [The Fatih Urek link is to a video of his that also shows Bodrum.]


All in all a relaxing vacation. I do like Turkey, and the recent issues there haven't caused any problems in the "sun cities" in the south. Unfortunately the coup attempt and an airport bombing have scared many tourists away so some places are suffering economically. Hopefully next year things will improve for the industry.

Posted by Glen McKay at 3:01 AM No comments:

Back in 2014 I did a blog post analyzing the road fatality rate in Qatar. It seemed to indicate that despite the population growing, and the number of cars on the road growing, the fatality rate was decreasing. I speculated that it might be due to the increased traffic congestion, which means that on average drivers cannot go as fast as they did in the past. Statistics seemed to indicate that the number of small accidents was steadily increasing, which would make sense if the number of cars on the road would increase.

That was two years ago, so how have things been since?


Seems to fluctuate a bit but bear in mind at the end of 2010, when the population was only 1,699,435 (source here), the number of road fatalities for the year was 226! (source here). The population has increased by nearly 50% yet the number of road fatalities has decreased. Accidents appear to be generally increasing, and unfortunately the monthly data only starts in 2014 so I can't go back farther to see if there is a real trend.

A recent news article stated that the government credits a road safety campaign for the decrease but I'm not so sure given I think the trend in the number of fatalities per 100,000 population has been decreasing steadily for the last 5 to 6 years, and I'm not so sure that the number of accidents has decreased. I still think that the, highly annoying, traffic congestion might be a major factor in reducing the fatalities.