I'm finally back in Doha! I was on my usual annual vacation to Canada and got back on Saturday. This evening I decided to take a walk around and see what had changed while I was away. I went to my favorite place, Souq Waqif, and was surprised to see that they had a new festival on. 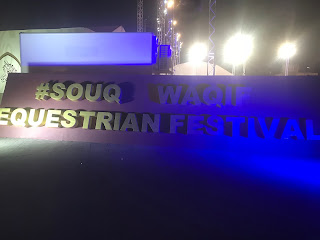 This was new. I've never seen an equestrian festival here before. 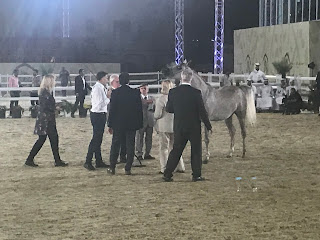 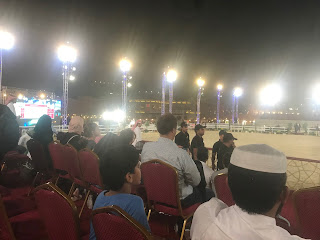 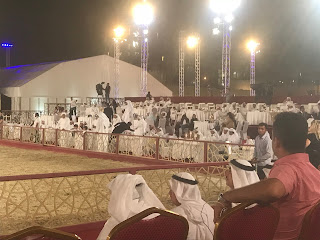 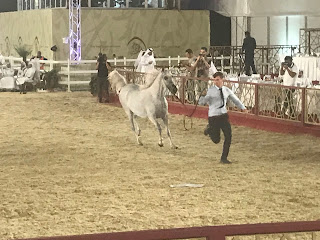 I'm sure the festival has a number of events but tonight was displaying individual horses in front of a panel of judges. There was a lot of very nice seating, including a VIP section with tables and food. I'm not VIP but in my section there was a gentleman wandering by offering everyone complementary Arabic coffee. There were a lot of Qataris there, as well as the occasional Omani. Horses are a big thing in the Arabian Peninsula and a lot of people own stables of horses, which would explain why there was a lot of interest from locals.

It was pretty straightforward, a horse would be led out and taken around the ring before being displayed in the center near the judges. 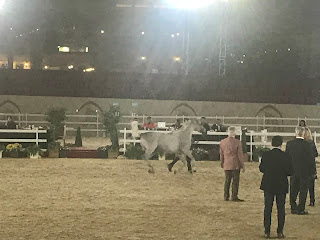 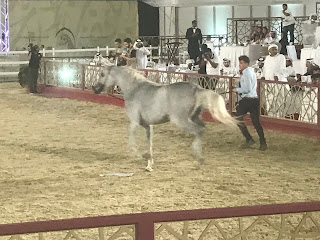 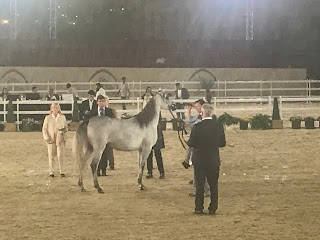 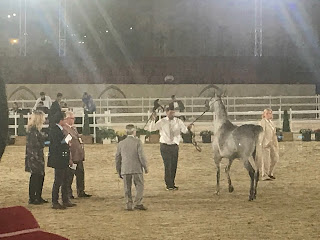 I don't know anything really about horses so I'm not sure how the scoring worked but there were 5 different categories the horse was being judged on and the scores in each category were added up. 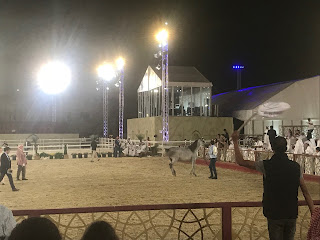 I thing that I did notice was on the sides of the fence there would be people rattling plastic bags type to the end of sticks. I'm not entirely sure what that was all about but it was deliberate and was likely trying to help the horse. When a new horse came out different people would then go to the railings and rattle bags so it appeared that people working for the owner of the horse we're rattling the bags. I did a quick search online and found a couple of sites that indicated doing this was to help calm the horse, "overloading" it with noise so it would not become anxious if it heard any unusual sound. I'm not sure how well it works but most of the horse owners appeared to using that technique. 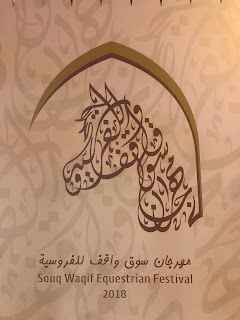 I lucked out and happened to be at the festival on the opening night. The festival is on until the 14th so you have a chance to go down to the Souq and see the horses.