The AFC tournament has been going on for the last month and the tournament has been closely watched by everyone here in Qatar. The tournament is being hosted by the UAE, one of the countries blockading Qatar, but as it was an international FIFA tournament it had to allow Qatar to play. So the Qatari team could go but because of the blockade the fans couldn't go, not an ideal situation. It doesn't help that in the UAE it is against he law to show sympathy for Qatar, punishable by fines and jail time.

Qatar has done really well this tournament. Some credit I think should go to the Aspire Program, allowing young players access to top trainers and facilities. Aspire opened over a decade ago and it looks like it is now starting to bear fruit as the team is really punching above it's weight, Qatar is usually ranked in the 80s-90s in the FIFA rankings but you wouldn't know it from this tournament.

The blockade has added a political dimension to the tournament and everyone was a bit nervous when Qatar had to play against blockade-leaders Saudi Arabia. It turned out fine, clearly players on both teams had been warned to not do anything antagonizing as the game was one of the 'cleanest' I had seen in a soccer match. Few fouls and a more respectful atmosphere than I expected. There were a few Qatari fans (some foreign residents from other countries that decided to support Qatar because they'd have no fans there) and a number of Omanis were showing up to support Qatar. Oman is the most neutral of the Gulf countries and many Omanis were showing up to Qatar games to give an overall message of "Arabs are all brothers and we should support each other".

Qatar made it through to the semi-finals where they would face . . . the hosts, UAE. Ouch, this was going to be tense and there was a lot riding on it. A year-and-a-half long blockade has really upped the rivalry between the countries.

The game was last night and everyone in Qatar was watching. I watched it at a majlis with about a dozen friends. Sadly, it was uglier than the Saudi game. Apparently someone (or multiple) people in the UAE Government purchased all of the tickets and gave them out for free but only to Emirati supporters, thus even the Omanis weren't going to be able to attend. In essence the stadium was an all-Emirates crowd. Lots of booing by the crowd, and when Qatar scored a second goal the crowd started throwing sandals and bottles (why was the stadium selling drinks in plastic bottles anyway?!). Qatar only had one corner kick that game and it was a challenge to do as people were throwing stuff at the kicker. Ugly scenes. The Qatari Team stayed cool and went on to a 4-0 victory, a pretty crushing defeat of the UAE. Qatari players did not stick around long after the match as the coach and others were hurrying them off the field, probably for safety.

In Qatar however the victory was huge. People were out in the streets, and a parade of cars descended on the Corniche. There was no denying it was a comprehensive win.

Qatar now plays the Finals on Friday vs Japan. I've spoken to many Qataris and no one is fussed if Qatar loses that game.

"We won our final", one Qatari proudly told me.

On January 1, Qatar announced new taxes. Taxes are pretty rare in this region but in the last while, mostly due to pressure from the oil price dropping, taxes have been introduced across the GCC. The other countries are introducing a 5% VAT. Qatar was going to as well, not that it needed to given it was not running huge deficits, since the other countries in the GCC were introducing the VAT Qatar decided to as well. With the advent of the blockade there was no need for policies that were unified with the other countries so Qatar has postponed implementing a VAT but instead introduced a new tax.

The tax targets specific goods -- soft drinks, energy drinks, alcohol and tobacco. Essentially a "sin tax". And rationale is that the tax will help offset rising healthcare costs due to unhealthy lifestyle choices (alcohol, smoking etc). The tax is huge, upward of 100% on alcohol and tobacco, less (I think 50%) for soda.

So I did something I've not done for a long time, visit a bar in Qatar. I wanted to see what kind of prices the bars were going to have. I went to a place that was more "low end" to get a sense of the base price. Wow! 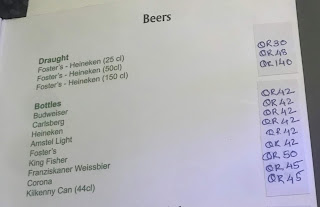 Tobacco has had similar increases. Friends of mine who like to smoke cigars told me that the small box of cigars that they would normally buy for ~250 riyal is now more than 400 riyal.


Smokers and drinkers are I'm sure outraged by the hefty tax but I'm guessing they are here to stay. Alcohol is forbidden in Islam, and tobacco is "makruh" (not forbidden but instead is strongly not recommended) so I doubt many Qataris are going to publicly support removing the tax and thus have their name associated with alcohol and tobacco. Without some support from Qatari citizens the chances of foreigners getting the tax reduced is pretty much nil.

Expensive drinks are here to stay. Drinkers might need to cut back (the whole point of the tax of course).

It's tennis season again here in Qatar and this week was the men's tournament. A friend of mine got a bunch of us tickets to the final. 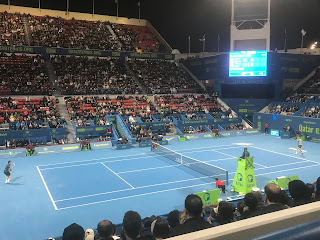 Now I like following tennis and Doha is always an important tournament, it's in the opening week of the tennis year and for many players the tournaments held this week (Doha, Pune and Brisbane) are the only warm-up tournament a player will enter before the Australian Open. Thus tennis watchers keep an eye on who is doing well and who is struggling as it might indicate front-runners for the Australian. Doha pays better-than-average money so lots of players come here. This year the buzz was around world #1 Novak Djokovic (is he still in his impressive form from last season?), 3-time Grand Slam winner Stan Wawrinka (has he recovered from injury?), up-and-coming young-gun Karen Khachanov, and top-10 Thiem who has been a dangerous opponent in 2017.

Well, none of them made it to the final. Both Djokovic and Wawrinka lost to the Spanish player Bautista-Agut, a sometimes top-20 player who is a bit of a wild card as he gets the occasional fairy-tale run. Like this week. 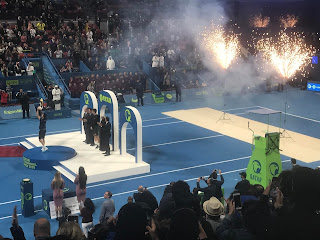 Hey, whatever works. The final was Bautista-Agut against back-from-injury top-10 player Tomas Berdych. Odds favoured Berdych but Bautista-Agut kept the magic run going and won. It was a bit tense in the 3rd set, Bautista-Agut has triple break point and blew it, then faced double break point the next game, but managed to calm down, refocus, and get out of trouble.

Had you asked me at the start of the week I'd have never picked Bautista-Agut as a potential winner but his win was well deserved. The tennis world is now abuzz about it, he beat three solid players in a row (Wawrinka, Djokovic and Berdych) to win. Wow! Thanks to the win be sure to look for Bautista-Agut's name as one of the bookie's dark-horse candidates for a deep run in the Australian Open.

In February is the ladies tournament. I hope some top players show up for that.

Posted by Glen McKay at 6:07 AM No comments:

So ends another year in Qatar. I have no plans to move so with luck I'll be here for a while yet. Meantime, as is my usual custom, here's a recap of some photos throughout the year. 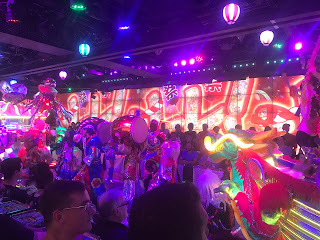 At the Robot Restaurant. Shinjuku, Japan. 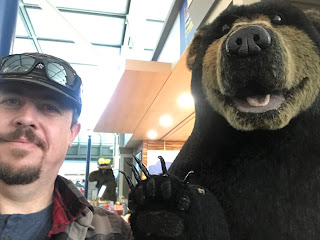 With a new friend. Vancouver. 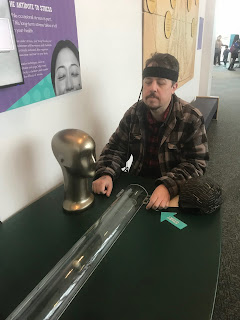 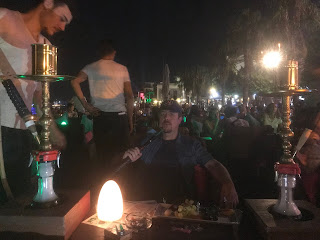 On the beach having a shisha. Bodrum, Turkey. 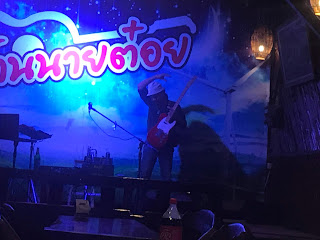 This guy did a good job singing Beatles covers despite not knowing English (he memorized the words). Random bar on the side of a highway, near the Laos border, Northern Thailand 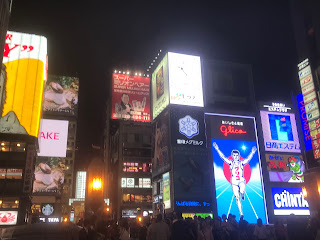 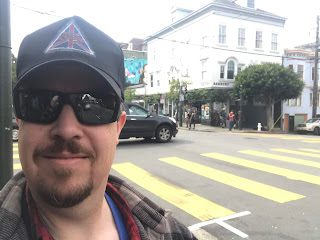 At the corner of Haight and Ashbury. San Francisco 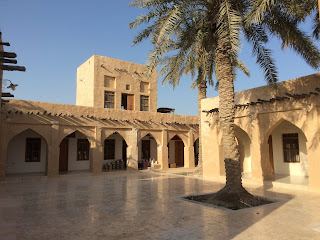 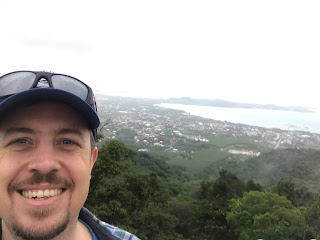 It's raining but it's still a nice view. Phuket, Thailand. 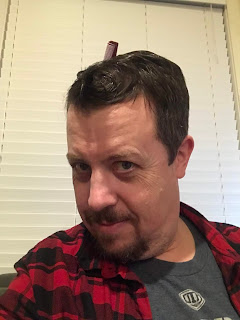 Trying out a new hairstyle, courtesy of my niece. 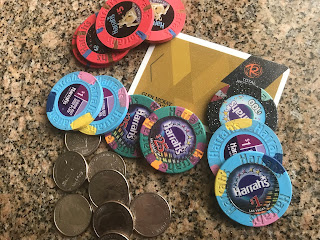 I did alright. The Strip, Las Vegas. 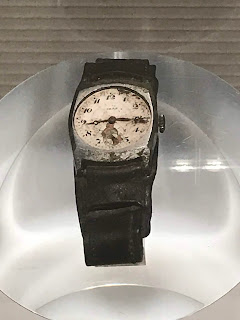 A watch, immobilized at the time the bomb hit. Hiroshima, Japan. 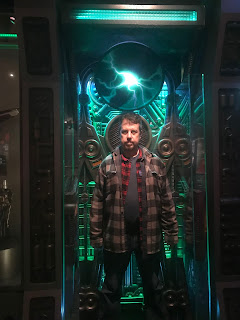 At a Borg exhibit. Seattle. 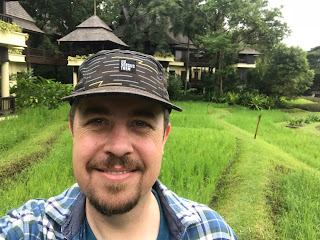 A resort in the jungles near Chiang Mai, Thailand 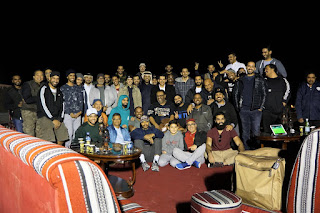 At a camp with friends (and friends of friends). Dukhan, Qatar. 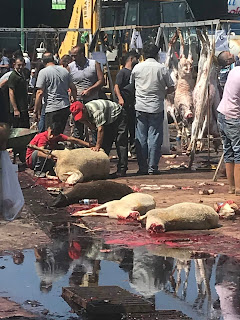 Witnessing the sacrifice of animals for Eid Al-Adha. Mudanya, Turkey 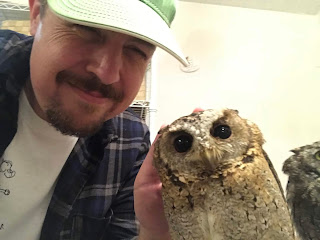 Owls! They're so soft and cute. An owl cafe, Ikebukuro, Japan 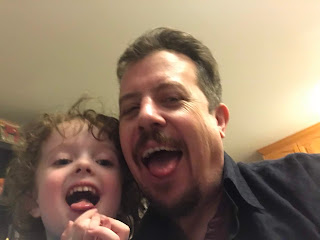 And best wishes to everyone for the New Year!

Posted by Glen McKay at 4:32 AM No comments: