Pork is now available in Qatar!


While I was gone the Qatar Distribution Company (QDC), the only liquor store in Qatar, started selling pork!

When someone told me I didn't believe it. Rumours about pork being sold in Qatar have swirled ever since I arrived over five years ago so I ignored the rumours a month or so ago about the QDC getting it but it's true. Here's a link with a picture:


Wow, I never expected that to happen. Qatar has always been a bit more restrictive than its neighbors (except Saudi Arabia of course) and while completely banning alcohol would've made it problematic to attract a lot of Western ex-pats I would not consider pork to be a “deal-breaker” for an ex-pat to not go to Qatar. I assumed that’s why Qatar allowed alcohol but not pork. A quick Internet search did not find an official Government statement on why pork is now allowed.

Not that a traveler to Qatar will be able to buy it -- you need a license to enter the QDC. Maybe in the future it will be available in some hotels or restaurants but for now only an ex-pat with a liquor license can buy it.

Not that I'm going to be buying any -- pork isn't that big of a deal to me, I'm more of a beef person.

Posted by Glen McKay at 9:49 AM No comments:

Email ThisBlogThis!Share to TwitterShare to FacebookShare to Pinterest
Labels: New to Qatar, Qatar

Okay I'm back, safe and sound.

The last week and a half was spent in Macedonia and Bulgaria and I couldn't find any Internet cafes so I couldn't update the blog. I had a great time, saw lots of cool things, and had a couple of unexpected events (like going to Kosovo) but nothing bad ever happened. All in all a really good trip.

I’m now sitting here in Qatar and it's raining! That's ironic because it didn't rain once during my vacation, three weeks and almost all of it sunny. 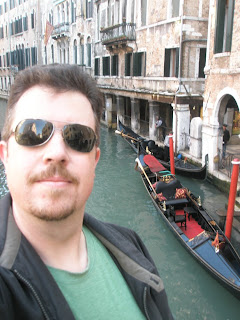 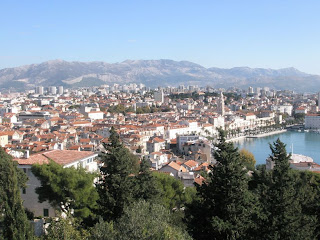 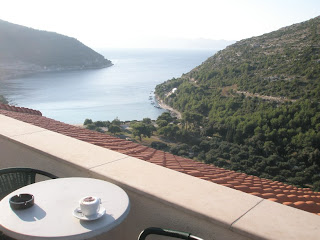 Coffee break on the Dalmati Coast, Croatia. This has got to be one of the best places a bus could stop for a break. 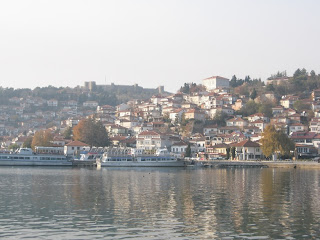 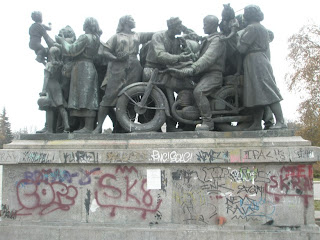 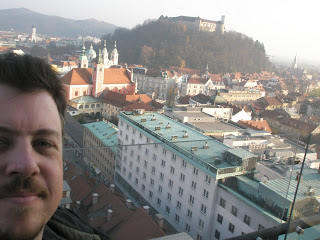 Chilling in Ljubljana, Slovenia.
Posted by Glen McKay at 11:01 AM No comments:

Currently in Slovenia, just about to go out for goulash. Onward to Croatia tomorrow. Computer here at the hotel won´t let me post pictures which is a shame.
Posted by Glen McKay at 9:36 AM 2 comments:

Posting will be few and far between as I am on vacation for a few weeks. Was just in Sofia, currently in Bologna. Yep, there is a story as to how I wound up going from Bulgaria to Italy. I will get to that later. Loving the vacation, I will post again when I have the chance.
Posted by Glen McKay at 12:33 PM No comments:

Science -- it's not scary to Muslims


I was so swamped with work and planning for an upcoming trip that I missed the third annual Doha Tribeca Film Festival, which is really a shame as I enjoyed the first two a lot. I will definitely go next time.

This morning I was looking through the paper and realized that the World Innovation Summit for Education (WISE) was being held here in Doha. It's a three day conference with some of the best educational minds in the world discussing ways to improve education. I have discussed the educational system in Qatar numerous times in the past on this blog and while it appears things are improving the country still has to undergo a lot of changes.

But that's not why I was posting. Thanks to media showing mostly Afghanistan, Iraq or Saudi Arabia to represent the Islamic world most Westerners assume that all Islamic countries are fundamentalist and somehow anti-science. I think in some cases Westerners are also projecting their own experiences with fundamentalist Christianity, assuming since many fundamentalist Christians attack things like evolution, or minimize scientific education to focus on religious study, that fundamentalist Muslims must be the same. Today in the paper there were two articles that highlights how in Qatar, an Islamic nation who are mostly from the Hanbali school of Islam (similar to Saudi Arabia), are not anti-science.

And another article mentioned that an episode of the Arab reality show “Stars of Science” would be on tonight. This is the third season of the reality show. Participants bring innovative science and engineering ideas and the show helps them develop it. I'm not sure if there's anything like it in North America.

So there you are, two newspaper articles about science in Qatar in one day. Just because the country is Muslim does not mean that it is anti-science.

Posted by Glen McKay at 1:17 PM No comments: