In case people haven't noticed that has been a lot of development going on at Qatar Sports Club (the stadium near Khalifa Tennis Stadium where there's an Appleby's and Burger King). The owner has allowed a number of food trucks and small restaurant kiosks to set up on the edge of the stadium and in the parking lot. I think it's a great idea, especially in the cooler months. Lots of little places to grab a coffee or a bite and either sit at tables or get it to go as a drive-thru.

So far I've seen around a dozen either open for business or under construction: 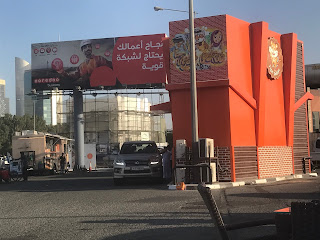 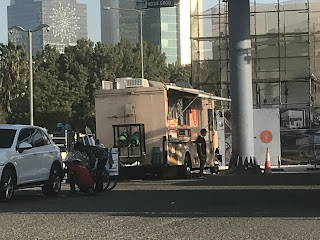 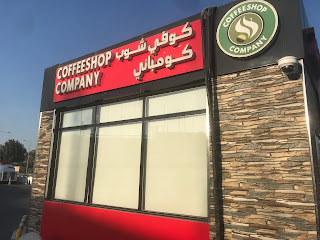 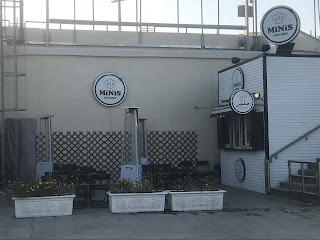 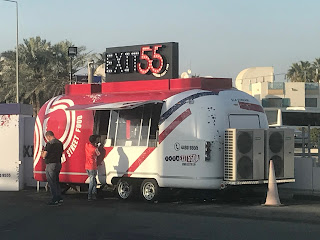 There's also a Tea Time, Doku (Egyptian Street Food), 100 Cafe, and others. It's working out well as the parking lot is way busier now with people visiting the kiosks.

You have maybe three more months to check it out before it starts getting too hot, unless you want drive-thru. Shame the tennis tournament is ending, it was nice to go there for a bite before walking over to the tennis.


On Tuesday it was National Sports Day. Schools and many businesses close for the day so that people can get out there and enjoy sports. There were activities everywhere: Aspire Park, the Corniche, Sports Clubs, Katara, various parks. Thankfully the weather was really pleasant which made it a lot easier. It was also a bit fortunate - the next day was really dusty and windy.

I had the day off work but didn't have any plans so I wasn't sure what I was going to get up to. A friend came to the rescue, a group of them were going to the Qatar Total Open ladies tennis tournament and they had a spare ticket. I'll never pass on a chance to see some of the best ladies players in the world. 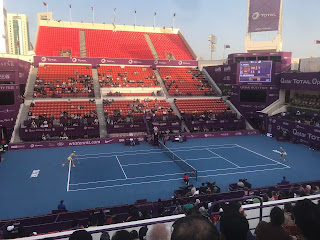 It was the early rounds so the stands weren't full, and some top names such as Sharapova had already been knocked out at this point, but I did get to see Gabrielle Muguruza play (she's a two-time Grand Slam champion and former world number one). She was playing against a top-100 ranked Chinese player but well have to say that after a shaky start in the second set the Chinese lady really upped her game and fought hard for everything. She broked-back to get some momentum (she had been down two breaks down at that point though) and then after saving seven match points, SEVEN, she finally lost the match at the eighth match point. Muguruza wasn't really starting to get annoyed, every time she had a match point and was ready to put the match away her opponent would scramble with some ridiculous shot, or Muguruza would fluff a return. I think she was getting worried that she was gonna throw this away. If she had lost the match after having eight match points if probably would've made the sports section of most papers worldwide. Unfortunately I didn't get to see Simona Halep or Wozniacki but since it's early rounds not every star is playing that day.

Another treat was that the tickets were VIP which allowed us into a nice courtyard area with free food and an evening buffet. Sweet deal, and a great place to relax in-between the matches.

I might be able to get tickets to the final, still waiting to see if a friend can conjure them up.