Tonight I was wandering through the neighborhood of Bin Mahmoud just going for a walk and I noticed that in the last couple of years a number of Filipino restaurants and businesses have opened up in the area (sorry, I don't have any pictures I didn't have my camera with me). I think I counted four Filipino restaurants along Ibn Mahmoud street, a café, as well as a couple of Filipino barbers. Most surprising was when I came up to a fast food place that had a huge line of people. I looked at the sign and had never heard of the place, “Jollibee”, but it was really busy. Sure enough one Internet search later and I discovered it was a popular Filipino fast food chain. I might have to give that a try sometime.

I’m not sure when many of these businesses opened but it looks like Ibn Mahmoud street is starting to become a popular Filipino neighborhood. Maybe if more Philippine shops and restaurants open I’ll start referring to it as "Little Manila”. It's a nicer street than the area near Souq Al Jaber where there's a few Filipino businesses.

Gundogan is a small town about 20 minutes from the main tourist city of Bodrum. It has a number of nice hotels but unlike Bodrum it caters mostly to Turks. 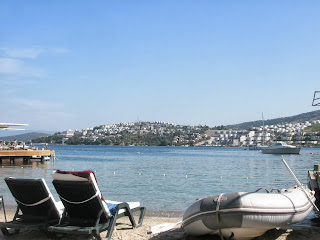 Pleasant place, not too crazy with tourists. Went for a walk along the Corniche and there were many cafes and restaurants serving Turkish home-cooking. There was also a small mosque on the seaside. 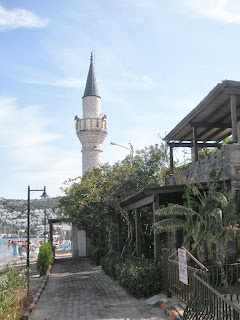 The Riviera area of Turkey is not as religiously devout as other parts of the country. The mosque would sound the call to prayer and one morning my Turkish friend went for prayer only to find the mosque empty and the call to prayer was a recording on a timer. He wound up being the only one there to pray. 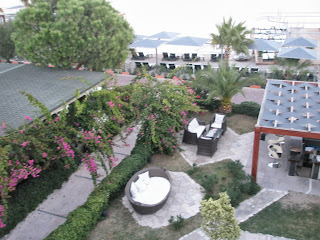 The hotel was a small 4-star on the shore. It was nice and quiet, too quiet as we found out. When we stopped by at 7:45am to have breakfast and checkout we discovered there were no staff on the premises! It was weird wandering around areas like the kitchen calling out to see if anyone was around. Eventually someone showed up at 8:10, and others around 5 minutes later. They were really apologetic about what happened, I guess there was supposed to be someone at the front desk, and quickly made breakfast for us so we could be on our way.

Posted by Glen McKay at 8:12 AM No comments:

We've moved on from Oludeniz about an hour down the coast to the small town of Kas. My friend Murat has an old friend who owns a small hotel a couple of kilometers from town in a small neighbourhood on a peninsula. 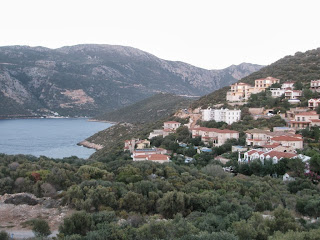 Spent the day chilling out at the hotel beach. Again not a cloud in the sky. 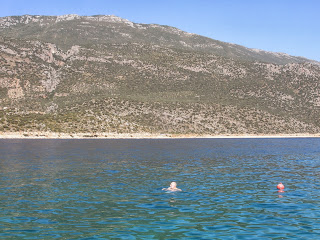 The hotel has a great view and we spent the evening having dinner on the patio with his friend. 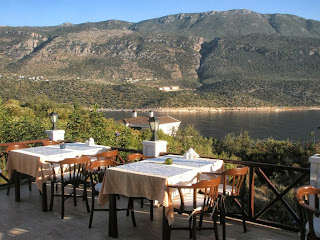 Today we were on a boat tour of the nearby islands. 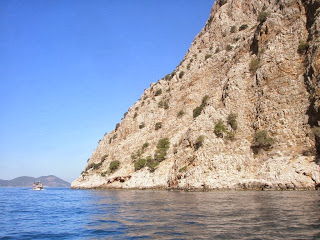 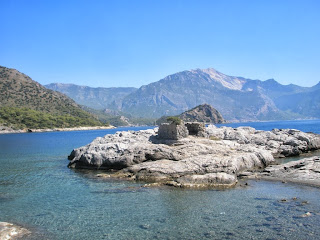 As you can see, not a cloud in the sky. Had a great time wandering around in the boat and swimming in the Aegean.


This evening we were on the main street of Oludeniz. It caters to British tourists, who I think make up 95% of the visitors. Everywhere offers British drinks and food. 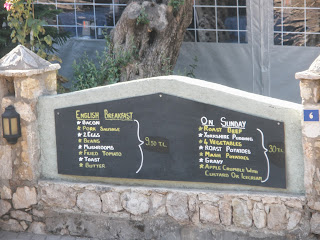 Even the real estate is listing in pounds sterling. The realtor said Brits make up 99% of his customers. 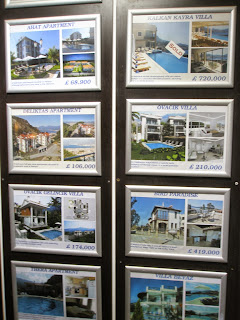 Some of the stores are clever spoofs of famous British stores. This was my favourite. 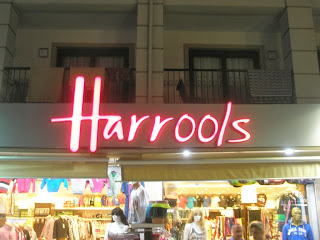 Eid is approaching so of course it's time for a vacation. Today I'm in Fethiye, Turkey, enjoying the famous beach at Oludeniz (also known as Blue Lagoon). Great place. 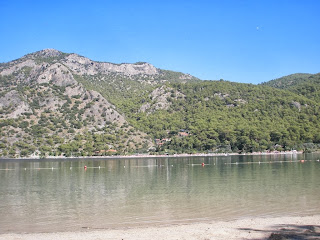 Posted by Glen McKay at 7:24 AM No comments:


I was in Souq Waqif the other night heading to one of my favorite restaurants, Beirut Restaurant, to get hummous, only to find it was closed. And I don't mean “closed for the evening”, I mean gone. 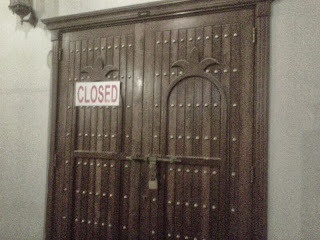 Even the old sign above the door was gone. I took a peek through the windows and the place was empty, all the tables and chairs were gone. 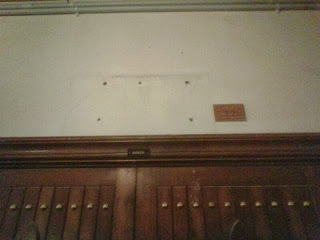 What in the world happened? That restaurant had been there over 50 years! I hope the waiters weren't all fired, they were nice guys.

[November 11, 2013 update: I was told by a guy at the Bin Mahmoud location that the Souq Waqif location is closed for good]