The other day I was outside chatting with friends when it dawned on me that it hasn't really rained yet. Normally the rains start in November or December but aside from the odd shower in only some parts of the country there hasn't been much this season. I don't recall it raining in my neighbourhood at all. Around this time of year I'd be blogging about the rain and how it's flooded everywhere. Like this.

Qatar is a desert so even in rainy months like December or January it's an average of around 12-13 mm of precipitation per month, usually in one or two big storms. If it doesn't rain soon Qatar is looking at a very dry year as rain in April is uncommon and in May it's really rare. It could be possible that I'll see 16-18 straight months without rain here.

Waterfront Cities of the World - a follow-up

About 5-6 years ago I was invited to be on a travel documentary show called Waterfront Cities of the World. I have a post about it from 2015 when someone posted the episode on YouTube, you can find the link here.

Here's stills from the show, followed by how it looks now: 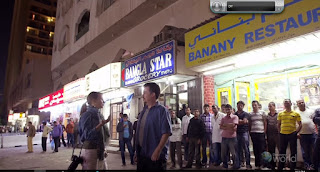 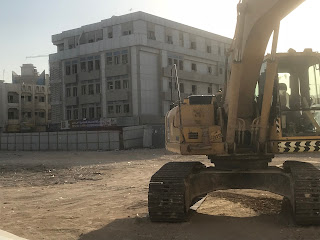 That building behind us is now an empty lot. 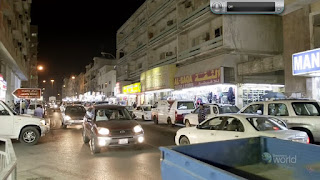 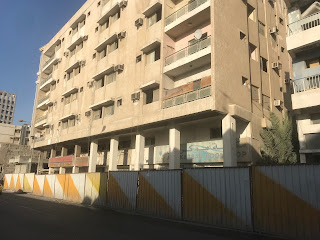 The daytime picture is from the other side of the street, facing where the cameraman would have been. Most of the buildings on the street have been shut and soon the buildings will be torn down.


I believe that this is due to the expansion of the Musherib Project, the edge of which was maybe 100m from where I was chatting with the lady from the TV show. Earlier in the TV show they got an overview of the Musherib project and was viewing it from a nearby hotel. I didn't realize the project was going to expand further into the surrounding neighbourhoods.

If anyone from Waterfront Cities of the World is watching -- some of what you saw is no more.

So one of the latest viral crazes is the Google Art & Culture app. You can upload a selfie and it will search artwork throughout the world for portraits that match your picture. A friend and I tried it out. I had two decent results, I figured I'd post them here and learn a little more about the artwork. 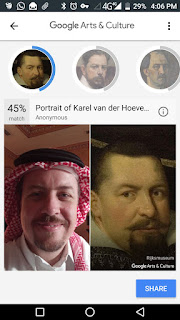 This is my favourite of the two. I look similar to Dutch Sergeant-Major Karel van der Hoeven. I think it's mostly due to the moustache and goatee but I guess the hair is similar as well. Unfortunately there's not much to say about the painting, it's an early 17th-century Dutch painting but the artist is unknown. It is part of the collection of the Rijksmuseum in Amsterdam so I guess the quality of the work is good. I've been to the museum but don't recall seeing the painting, if I'm ever back there I'll keep an eye out for it.


The other match is a bit more odd. 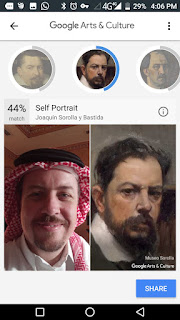 I see only a passing resemblance, and it looks like an older, angrier, scruffier me. I think the app focuses a lot on the facial hair when it does matches.

The painting is a self-portrait of the late 19th/early 20th-century Spanish artist Joaquin Sorolla y Bastida. During his time he was a well-respected artist known for landscapes (which he preferred doing) and portraits (which he wasn't as fond of doing but it paid the bills). He also had some popularity in America and a number of his paintings are in museums there.

I was not familiar with Sorolla but the Spanish clearly saw him as an important painter. This particular self-portrait is at the Sorolla Museum in Madrid, his old home was turned into a museum and most of his works are there.

His other self-portraits look even less like me though.


That was an interesting side trip to the art world, thanks Google.


The New Year didn't start off well as that evening I was feeling a little under the weather but went out for New Year's Eve dinner anyway. Sure enough I had a cold and by Tuesday just stayed home in bed. I hate colds. Even now I'm still a little stuffed up from it.

I did get over the worst of it by Thursday, which was good because Friday a friend was hosting a party in Dukhan for about 40 people. It was on the beach but it was a bit chilly for swimming. Didn't matter as he had set up majlis-style seating with tables for playing cards. Good thing it wasn't windy that day. There was also a beach football game that many of the guys played in. 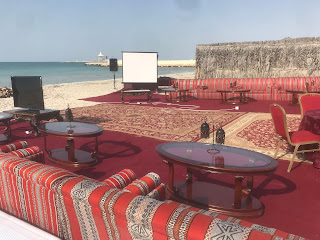 Yep, more tough "camping" on the beach. Electricity, comfortable seating, TVs. This year our host kicked it up a notch by having a shwarma stand as well as a karak & chapatti stand. No I'm not kidding. 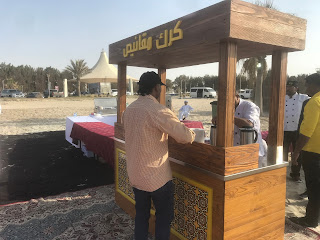 So the day was spent hanging out. The Gulf Cup final was that evening so people were gathered around the TVs to watch the game. Oman won, to the delight of the crowd as their opponent was the UAE. Thanks to the blockade no one was a UAE supporter. 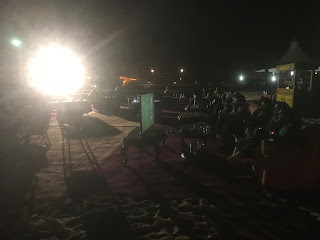 Dinner was served around 9:30. Platters of kids (baby goats) on rice. Unfortunately none of my pictures of the meal turned out.


And so ended another Qatari camping evening. There'll probably be a few more before the heat hits in May.

Posted by Glen McKay at 9:09 AM No comments: