Thursday was American Thanksgiving and I was invited by some friends to a restaurant that had a special Thanksgiving menu for that evening. Dinner was going smoothly when at around 8pm we noticed through the restaurant window some fireworks at Katara. We weren't sure what it was (it certainly wasn't to celebrate Thanksgiving) so I did a quick look at Katara's website and found out it was the annual Dhow Festival week and they had fireworks in the evening.

On Saturday evening I happened to be in West Bay and didn't have anything much to do so I remembered the Dhow Festival and went to Katara to check it out. Surprisingly the traffic was pretty heavy at Katara. I didn't think there would be big crowds but it looks like the festival has gained in popularity over the years so there were a lot of cars. Parking on the street was impossible so I went into the underground car park, which though crowded still had plenty of spots at the back.

Katara was full of people for the event. 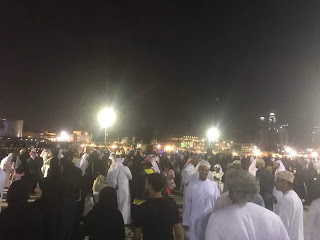 On display were a number of dhows and areas where reenactments of back in the day when working on dhows was a significant part of Qatar's economy, whether for fishing, pearling or trading. Back before oil came along. I don't think many Qataris are involved in operating traditional dhows anymore, at the Festival it looked like it was mostly Omanis demonstrating the traditional ways. 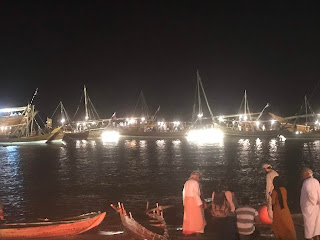 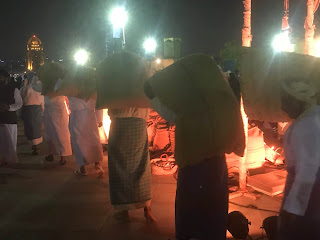 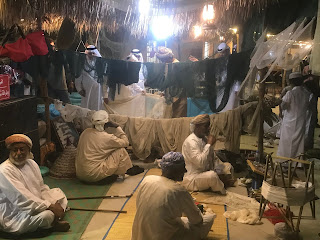 The dhows were parked just offshore but they had large piers so you could walk to them. A couple of them were even open for people to climb onto. Apparently there were some races earlier in the day as some had signs declaring they had won a race. 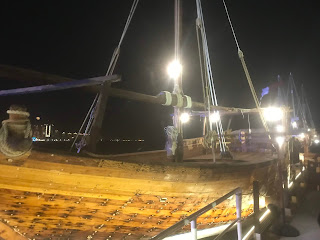 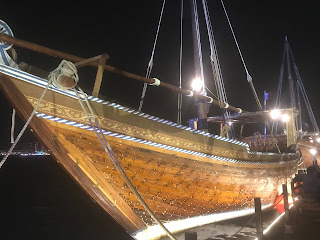 Unfortunately the Festival is over now. Next year if you get a chance take the family. You might want to bring snacks though, every restaurant and food stall (and many had been set up for the festival) was busy.